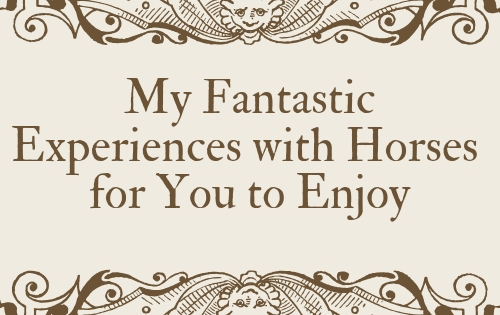 As I get older, I realize that my grandchildren and even my children don’t know that much about me. This blog and several others are to fill in some of those gaps. There was my house, the barn, the horses, the swimming pool, the airplane. Going to school. Meeting my one and only. And more.

My Mother lived in the country. My Dad was from the city (Atoka). I remember my Mother saying how nice my Grandma Walker treated .

I remember playing in the hedge (privet) by our house. We rolled down the grassy hill between our house and Grandma Walker’s house on the other side. We climbed the “monkey tree” (Mimosa Tree) that Mother got from her Mother. Life was good.

You See, Dad Designed Our Private House in the Country

Mom and Dad built a house north of Atoka, Tennessee. The closest house to ours was the Brooks family’s house. We enjoyed our hill.

I remember Mom saying that Dad designed the house. He designed it to have three bedrooms because there were two children at the time and the loan allowed for a bedroom for each child. My little brother was born in this house. I spent the majority of my childhood in this house.

Now You See, Being in the Country, Dad Bought Horses

Dad built a pole barn. He made a fence out of 4×4 posts with holes drilled in them for the slats. Long lengths of rusty round steel poles, welded together, created the slats for the fence. In the pasture lotsof horses.

Whitey was the first “horse”. Amy is the first born. So,Whitey belonged to her but nobody knew the difference. We all rode Whitey as if she were our own. Whitey was a solid white Shetland Pony. We loved her; she was sort of part of the family. Whitey looked just like the pony in this video:

“Shetland pony, breed of horse popular as a child’s pet and mount. Originating in the Shetland Islands, Scotland, the breed is adapted to the islands’ harsh climate and scant food supply. Shetlands were used as pack horses and in about 1850 were taken to England to work in the coal mines. About the same time, they were introduced to the UnitedStates, where a more refined pony suitable for children’s riding was bred.”

Dad filled the pasture with horses. Amy had a special one. She made a lovely horse lady. If my memory serves me well, she entered horse shows and did very go

One time, Amy cried because of me. She never cried. Then, when her special horse died I probably wasn’t very nice when I told her about it. I was immediately sorry for what I had done and would never try to make Amy cry again.

When we had horses, Dad kept up with the ancestry of certain horses which was necessary in order to have “registered” horses. Most of the horses were Quarter Horses.

Amy often rode on tall horses with me on the back.

One time Dad got a bunch of horses and put me on one bare-back. The horse let me ride around the arena (Dad build an arena behind the barn) with Dad holding the rope attached to his head. Dad let go. The horse bucked with his head down. I flew over the horse’s head and into the dirt.

We went to the Munford Riding Club often. I wasn’t much of a horse person. I think I spent most of my time playing outside the rink. One time at the riding club, Dad and another man came up with a wonderful idea – I could ride this man’s horse because he trained it very well. I got on the horse and it galloped away. Then in the arena, it started running. So I couldn’t do anything but hold on. Finally, someone stopped me and the horse. After that, I don’t remember riding much.

My horse encounters encluded training some horses and feeding the horses sometimes. Many kids, including cousins, played in the hay in the barn. Interactions with horses included being bitten by a large pony and having my toe stepped on by a full grown horse.

Although, I was never much of a “horse person“, but I enjoyed having them.