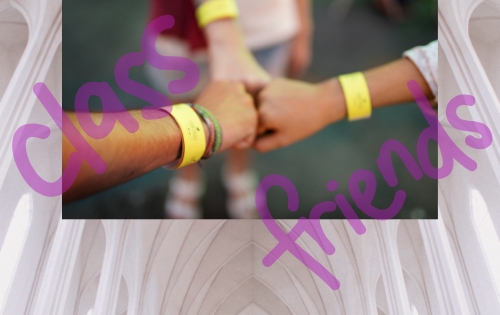 Most of what she was, I wasn’t and never claimed to be. But she was ok just the way she was. She claimed that children were attracted to her, but she really didn’t like them. And she never planned to have any. She was a bit on the chubby side, I was quite thin at the time. She thought she could solve my problems. I was quite sure that I couldn’t solve anybody’s problems.

Val’s biggest problem was that her mom and dad were getting a divorce. Somehow she thought it was her fault. It wasn’t, but I was in no position to make that claim. I just knew that their problem was not because for her.

Val knew more about the ways of the world, whatever that means. She taught me as best she could. I had spent three years with my head buried in books. I had obviously missed some things.

Starting with New Classes on a Beautiful Campus

I recently left the only engineering college in the area. And had no idea what classes to take. So I just took classes I found interesting. Also, I had no idea where my future was going. Val was a supportive person at that time. “Man in the Light of History and Religion” was two three hour classed required by Southwestern. These, basically world history classes, intrigued me.

The classes I took had little relation to the friends I made. I remember Val giving me a surprise eighteenth birthday party in the laundry room. She invited some of her friends and some people I knew from another school. I didn’t really have any other friends.

The Rat Factory – Private Eating at its Best

It seems like she sat with me in the dining room – the refectory. It was called the Rat Factory and had two sides. Rat Factory was just a play on words. No rats were ever found there, as far as I know. The food was actually delicious. Greeks sat on one side of the Rat Factory. GDIs (Independents or non-Greeks) sat on the other side. I was always a GDI. Val eventually joined a Sorority.

New Summer of Informative Learning at a Great School

I Tested My Abilities with Upper Level Classes This Year

“Modernization and Cultural Change“, a third-year Anthropology class; “Intro to the History of Philosophy”, a second-year course; and “General Psychology II” and “Intro to Theology“, both first-year classes rounded out Term I of my second year.

I enjoyed “Into to the History of Philosophy“. I was so proud of an A+ paper I did in that class. Val informed me years later that she had stayed up late type that paper. Another bubble busted. Get used to it.

My memory of “Counseling Psychology” was that this counseling usually involved a lot of listening. I could understand that concept. We all needed to train ourselves to be better listeners

“Cognitive Psychology” involved the brain and things that could actually be measured by certain actions of a person. This I understood also. But putting indiscriminate labels on people, I would probably never understand.

Term III I took “Creative Communication” and “Humanistic Psychology”. The first was a first-year course. The Psychology class was a second-year course. My communications professor stated that he hoped he had taught us how to learn. Learning became a lifelong passion of mine. It neither begins or ends in the classroom.

Bridgette Found a Prize – a Place to Live in the Summer

Bridgette found a duplex on Prescott just off Highland behind East High School. I was working at a bar at night across from the Medical District. They both were awake in the day time. They had always had a room to themselves at home. So, being a real butt, I insisted on one of the two rooms to myself.

I can’t tell you all that transpired that year, but it seems like a lot. They both ended up graduating from the University of Memphis. I never graduated. They were both my buddies. Both were part of my wedding. They both came to see me after my fiftieth birthday.

Val passed away from cancer shortly after that last visit. I’ll miss her always.