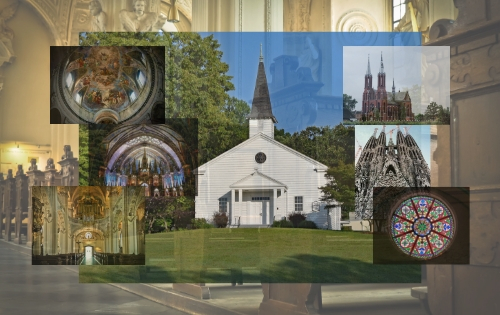 Disclaimer: As far as religion, I can only speak of what I have experienced. First, I am a member of the NSDAR, which is a non-political, nonreligious, charitable organization. Second, my beliefs are mine alone and do not relate to the Daughters of the American.

And we didn’t talk about money at our house either, it just wasn’t lady-like. Similarly, before I got too old, I found out there were several other things that “ladies did not do”. Most of these things were quite random and what Mother thought was lady-like often depended on what she saw around her or what had happened to her. She hoped I’m sure, that we would not have similar consequences that she experienced.

I learned recently that the reason she didn’t talk about money was probably that she never made any. She worked for several businesses. And she kept track of where the money went as a bookkeeper. But she never received her own money. Wow! She did learn how the system worked and was able to travel to several countries. One thing Mother has always been was a quick learner.

What Is the Meeting House but Architecture

The first question out of many people’s mouth: Where do you go to Church? (If you are a known resident of an area)

What does that have to do with anything? “Where” is a place, a building; not what I believe. Where is a piece of architecture. If you know something about the people that go there, you may know a little about me.

“Early Presbyterians were careful to distinguish between the “church,” which referred to the members, and the “meeting house,” which was the building in which the church met. Until the late 19th century, very few Presbyterians ever referred to their buildings as “churches.” Presbyterians believed that meeting-houses (now called churches) are buildings to support the worship of God. The decor in some instances was austere so as not to detract from worship. Early Presbyterian meeting-houses were extremely plain. No stained glass, no elaborate furnishings, and no images were to be found in the meeting-house. The pulpit, often raised so as only to be accessible by a staircase, was the centerpiece of the building. But these were not the standard characteristics of the mainline Presbyterians. These were more of the wave of Presbyterians that were influenced by the Puritans and simplicity.”1

What is My Belief and Religious Background

Presbyterians have several different denominations. The differences can be quite complicated. Presbyterian is a manner of church governance. Growing up, I realized that Presbyterian churches kept their ministers for a long time, almost a lifetime. Methodist ministers tend to move around frequently. Finally, Baptists churches did not come to Atoka, until after I returned home and was already married. One of the Baptist differences was that they use immersion for baptism like John the Baptist, instead of sprinkling.

My regular school, 1st through 11th, usually had a Bible class, It was a Christian school based on Bible principles. I was in the first 1st grade. It was called Tipton Academy for the 1st through 8th grades. First, its building was in Munford. Then it moved to Brighton. The high school I attended was bought by the people of Tipton Academy and called Rosemark Academy. It was in Rosemark, Tennessee. Tipton-Rosemark Academy is now located in Rosemark.

I went on a European bus tour during the summer after my Freshman year in high school. I was surprised to find many different cultures and different ways of thinking. Truthfully, I thought there was only one way of thinking and it was the way that I was brought up. I drank my first alcoholic beverages, legally, on this trip. We had a dark beer in Germany and wine in Italy and Switzerland. None of us got drunk. Alcohol was a safe beverage to drink. Water was not usually safe and was an odd request at a restaurant. Compared to my upbringing, that suggested that drinking was “bad”, this was quite a different experience. There was no good or bad associated with drinking alcohol. It was just something that people did.

We toured Vatican City and saw the Sistine Chapel. Each cathedral had its own history. Venice, Italy, was a city built on the water and so amazing. We bought perfume in Paris, France, and went to the Moulin Rouge. Older and more intricately built was beautiful to me. Many buildings had taken several lifetimes to become what they were then. The ruins of old castles scattered the landscape along the Rhine in Germany. I fell in love with the mountains of Switzerland and Austria.

After leaving high school, I never found a church that I wanted to attend weekly. I lived in Jackson, Tennessee, for a few months. Then moved to Memphis. This is when I realized, perhaps unconsciously, religions have personalities.

I attended Union University after my 11th year of high school. Union University was a Baptist private college. They had very strict rules about keeping girls and boys separated in the dorms. I took pottery there and learned to turn my own items. Their classes were very good.

I attended a private Catholic college for a short time in Memphis, Tennessee. It was somewhat of a shock moving from a Baptist college to a Catholic college. Being a country girl myself, city life was quite a shock, too. The college had just been converted from an all boys school to a coed college in 1970 which didn’t help either.

The dorm rooms of this college were built like hotel rooms that opened onto the sidewalk or balcony. Boys and girls had separate rooms, but were mingled on floors. Catholics tend to drink, too, They used alcohol in their religious ceremonies, but Protestants didn’t. They had fewer social restrictions on the subject and the use of alcohol. There’s an old joke about Protestants going out with Catholics so they can drink. It could be true. As I remember, there’s probably a joke about every religious group.

In my engineering drafting class, I was the only girl. I had no idea why and never questioned the situation. I remember flitting from person to person to help with their drafting in class.

I attended a Catholic church once where the priest only spoke Latin during mass. There was a kneeling bench in front of every pew, for good reason. One of my best friends at Southwestern grew up as a Catholic.

Southwestern at Memphis had a Presbyterian background. The girls and boys had their own buildings. Other than that, there were few restrictions for different genders. The doors to the rooms were inside the buildings and you had to have a key to get in. I would later find out that it wasn’t that hard to get into a building if you didn’t have a key.

Presbyterians tended to be more stiff and quieter than other religions in social situations. This sometimes came off as being haughty, by they were usually not really. They could use some “de-stiffening” every once in a while though.

I took six hours of a required history/religion course and Intro to Theology at Southwestern. Not trying to get a theological degree, was the extent of my theology studies. I learned to believe that if you want to know something spiritual in Christianity, you go directly to the Bible to find the answer. Some people are better at this than others. Catholics are Christians, too. But I believe that they get most of their answers from a priest, rather than a book.

The Exchange of Vows is a Remarkably Delightful Occasion

Idlewild was a beautiful location. There were several rules that had to be followed. There could only be live flowers. The wedding march could not be a part of the music. I did my best to comply with all of them.

We soon moved to Chattanooga, Tennessee, and were not there long enough to find a church home.

Returning to the World Where I Had a Wonderful Childhood

Then we moved back to the Atoka area. We tried to attend Atoka Presbyterian Church. It was not a good fit.

We tried Salem ARP Church. Both of my children were baptized there. I taught Bible School there. Several instances made it hard for me to continue going.

But life goes on.

In small areas, being nosy or intrusiveness has been pervasive. People sometimes treat others depending on something they heard about from somebody else. Or they treat people a certain way because of something that your great-great ancestor did that they knew nothing about. Or you have done something “sinful” that you aren’t aware of yourself. I can also say that my reaction to being treated in a way that I perceive to be “wrong” probably bit me and/or my family or my family in the times.

People sometimes are just trying to be helpful and may be viewed as being intrusive. The difference is often whether someone is honestly trying to help for your benefit or if someone is trying to get information that may help them sometime. It’s OK to get useful information. But ask for it directly instead of around about and sneaky way.

My own belief is that when you borrow something from someone or someone helps you out in some way, you are not obliged but it certainly is nice, that you at least show them respect. I try to do this and can have a very long memory if the same courtesy is not afforded me. …Fool me once…

I try to reserve bad opinions for individual people and not for whole families.

You See – One Reason My Husband and I Do Well Together

My husband’s family has always been very good to me. His parents grew up in a large city but always treated me like I was an equal. My husband worked for my Dad and Mom for a long time and would do anything they wished him to do. His immediate family and mine were Presbyterian. Some of the people in his extended family were Catholic. Though I had never been Catholic, I had some understanding of it. My husband’s mother was the only girl in a house full of boys. Many of her other family members were Catholics and I attended most of their funerals.

I Do Believe – This Is My Absolutely Final Say on Religion

Seems like, there was a time when I realized that my grandmother, Church of Christ, though most people in denominational churches were going to hell. And that included me, so I just had to let it go. Because she had endured so much, my grandmother was the woman I thought of as being wonderful. The woman that could turn a dishwashing container top into something fun to play with. She nailed tuna cans above her sink to hold soap. We slept on down mattresses at her house. Often, her flowers decorated her church. The woman who made clothes for her children out of flour sacks. She was the best cook ever. She thought I was going to hell. I let it go and made peace with it.

From “Focus Online”, the Church of Christ publication: When We Are in the “Church”? and Denominational “Salvation”.

It is possible to love someone with all your heart and still disagree with them. It happens all the time.